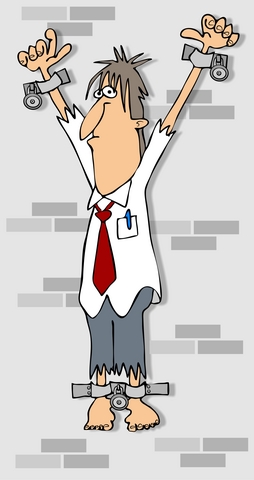 What did I ever do before I found yoga and never noticed, or studied, my attachments and aversions? Was I a hamster stuck on a wheel thinking I was getting somewhere but was really on the unconscious path to nowhere?

I just went to Los Angeles and was utterly pained at the flying experience. I’ve lost my airline status since I’m not traveling for business anymore. As steerage, I had to pay for an aisle seat, pay for my one checked bag, and boarded late enough that I worried if any overhead space would be left.

In summary, I felt as if the airline was doing me a favor by letting me on the aircraft whereas before they appreciated my business, but I’m still the same consumer.

And the floodgate to aching for my former life opened…I didn’t have to worry about my finances or spar with government agencies to get affordable health insurance. I miss going to Europe every year and the 20% Apple discount the corporation had.

As the plane took off, rising in altitude, I sank deeper into this place of negativity, wanting, aching for how things used to be to which I concluded: This writing and yoga shit sucks. I’m busting my ass for bupkis and being treated like some common-stock, ignored citizen. I deserve more than this! This is a place of discomfort and it’s a sign this artistic lifestyle isn’t going to work for me.

Then ensued the strategy to get back a similar job to the one I had before with corporate-sponsored travel and sufficient pay.

Okay – hello attachment and an irritated ego! That was some of the dumbest few hours I spent of my entire life. Thank goodness there wasn’t a computer around. I probably would have fired off some resumes or reached out to networking connections that are just a carousel ride back to the shackles of the miserable, zombie life I had before.

With all that business travel came exhaustion, and stress, and no yoga. Maintaining a healthy lifestyle was a struggle. I had to spend so much time with drab clients and colleagues, it left me with little energy for my friends and family. I had zero creativity in my life. If I was going to give my limited personal time and attention to something, or someone, it came at a heavy, discriminative price that it had to be for something really worthwhile.

When I looked to what I’ve gained now, I’m so thankful I’ve met such interesting people from so many walks of life who are creative, conscious, supportive, and kind. My health has improved. I’m invigorated by how many new things are ahead of me and most of all, I have the flexibility to integrate my work with my personal life.

What happened to me on this flight? That was all materialism and ego leading me by the nose, back to the hamster wheel of captivity that I was miserable on. I’m embarrassed to admit I made a decision (years ago) to take a promotion for similar reasons when I knew I didn’t love what I was doing anymore.

This instance also reminds me of the other ways I’ve sought to return to “The Good.” How many times have I reached out to try to contact an old friend, or lover, to revisit what was once there, or been bummed when a favorite restaurant went out of business, or a product was discontinued. Oh I want that again, I would lament and start to search for the new form of the old.

By “doing” with activity I thought I was going toward something different but all I did was return to the same things I’ve already experienced; finding the same friend who is a good bar-hopping-companion but we have nothing in common, the lover who is vastly unconscious of his priority to protect and inflate his ego, the lipstick that I managed to replace but then became outdated before I could finish it, or the pasta someone else makes but is now too fattening and not worth all the extra time at the gym.

I got what I was looking for but when I thought I was moving forward, I was actually regressing.

Yet, when I’ve chucked things from my life on my terms, I don’t want them back or wonder what I’ll do without them in the same way I do when the disappearance has been a surprise because I had closure. When someone, or something else, has made the decision for me is when I seek to reclaim it.

Instead, if I return to the present and practice gratitude for what is tangible before me, in the now, helps those desires for the past to disappear. The shackles disintegrate and the hamster wheel turns into an open road.

I have to have faith and trust in the universe that something is gone for good reason, without having a tangible conclusion. I don’t need it anymore and I should be grateful that space has been created for something new to come in. Believe…I have to believe and celebrate what is before me and not what is behind…

3 thoughts on “The Shackles of the Past”