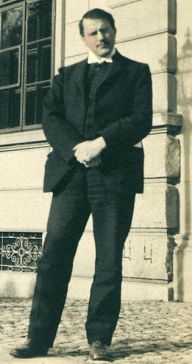 Brené Brown recently posted this quote from Carl Jung, “The greatest burden a child must bear is the unlived life of the parents.”

Oy! If that doesn’t sum up the origination for the vast majority of dysfunctional families, I’m not sure what does.

For those of you who aren’t familiar with Mr. Jung, he’s the Swiss genius who created analytical psychology. Considering he died in 1961 yet his ideas and conclusions are still prevalent and well cited today, means this shit has been going on for a very long time!

Being tasked with filling a void is an immense responsibility. It never occurred to me that this could have been the heedless motive for my parents all along. I’m guessing more often than not this is an unconscious expectation that was expressed in bewildering ways. Such as when our parents delightedly gave us opportunities that they wanted but never had and we were expected to emphatically chase them whether they suited us or not. Or when they used their authoritative positions to change our dispositions by using discipline, fear, threats, and punishments in an effort to mold us to fit their convenience, desires, hopes, and ideals.

In this tug of war for control of holding onto an aspiration versus appreciating and recognizing reality, an undercurrent of resentments and frustrations were created between parent and child which is probably part of the reason we all found yoga. In fact my teacher, Marco Rojas says, “Our deepest imprints are from our parents. They gave us their neuroses.”

This fragile anxiety for who we are, or aren’t, and if it’s assessed as worthy and valuable became a malignant mortal wound that has infected and tortured our psyches for years, decades, perhaps a lifetime because we’re searching for the why. Why was I treated this way by someone who was supposed to be a guardian for me?

Yoga Sutra 1.2 states, “The restraint of the modifications of the mind-stuff is Yoga.” In this sutra Sri Swami Satchidanada goes on to explain, “As the mind, so the man; bondage or liberation are in your own mind. Things outside neither bind nor liberate you; only your attitude towards them does that.”

Can we step back and “witness” as a Seer what has happened in our family’s history to cause this cyclical destruction of character? How were our parents treated by their parents, and their parent’s parents?

It’s not easy to do but I cannot deny, on one side of my family, this ritual is very prevalent. My parent was sculpted into something they weren’t to be a symbolic portal for social acceptance that did not honor their own individual personality and essence. And because my parent was dutiful and obedient their original disposition has been erased.

When someone is detached from their authenticity, they’re unconscious. They’ve lost their inner compass to happiness and they default to following what the rest of society does.

By going with the masses, they sink deeper and deeper into discontent, looking to the external (i.e. offspring) to fill their vacancy. Thus, the succession continues…

It’s hard to look at our parents outside of the familial hierarchy that their titles suggest. Why should we be generous to those who have wounded us?

Yoga Sutra 2.3 outlines the klesas (obstacles) we must overcome. They are, “ignorance, egoism, attachment, hatred, and clinging to bodily life.”

If we don’t examine how our parents became who they are, we are decidedly staying in ignorance and in this stage, our egos run amuck saying, “No! I’m hurt! I deserve things to make me feel better for not getting the love and acceptance I needed” which is attachment. Thus we still fester in a form of hate, displeasure, and irritability.

Being unconscious and hurtful is never okay but let’s at least be a little compassionate and recognize that we’re lucky to be part of a culture that’s on the brink of raising a new spiritual awareness.

Our parents didn’t have mass media to aide the dissemination of ideas. They had much smaller, stifling environments. They deserve a “Missed Take.”

The best thing we can give anyone is understanding because in that is acknowledgement for who they are in the present. It’s doesn’t make what’s happened in the past to be acceptable but can we at least tell them in our hearts and minds, “I get it. I get where and what you came from.”

I’m not sure what therapy Mr. Jung would have recommended to his patients in the earlier part of the 20th century but he did invent the theory on the collective unconscious which explains, “that certain structures and predispositions of the unconscious are common to all of us…[on] an inherited, species-specific, genetic basis.”

© Evolving Yogi 2022. Unauthorized use and/or duplication of this material without express and written permission from this blog’s owner is strictly prohibited. Excerpts and links may be used, provided that full and clear credit is given to Evolving Yogi with appropriate and specific direction to the original content.